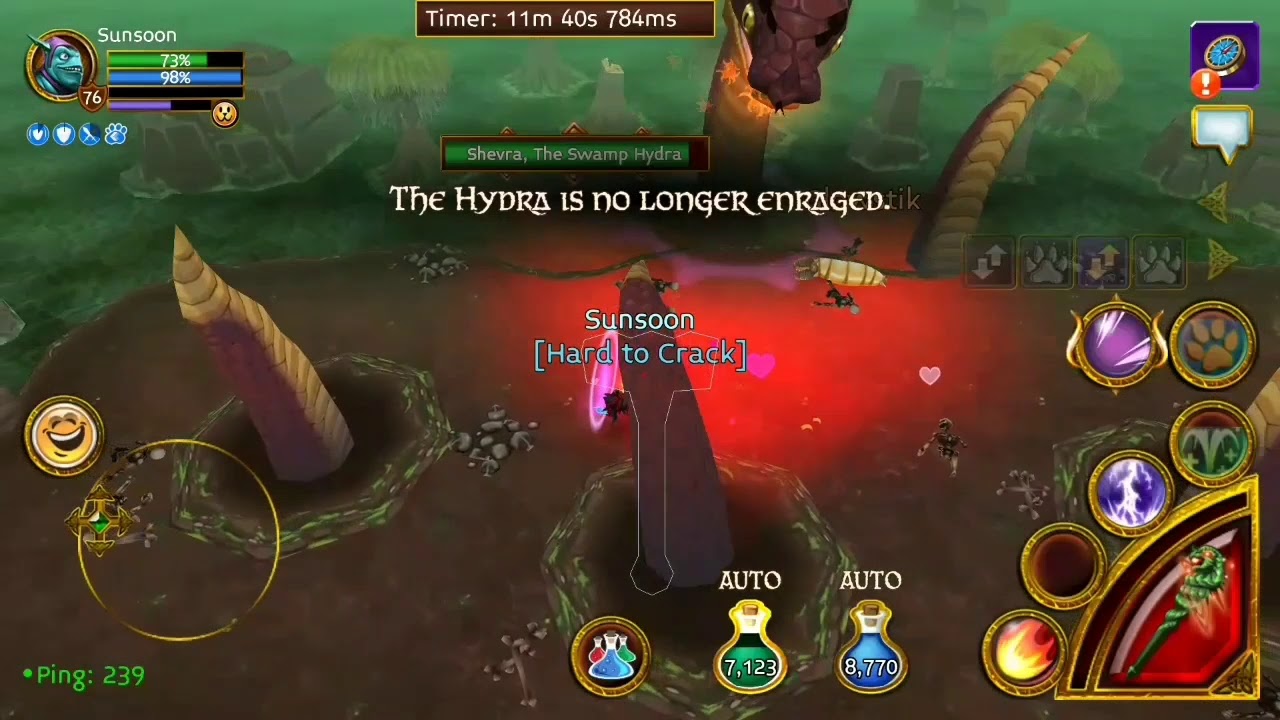 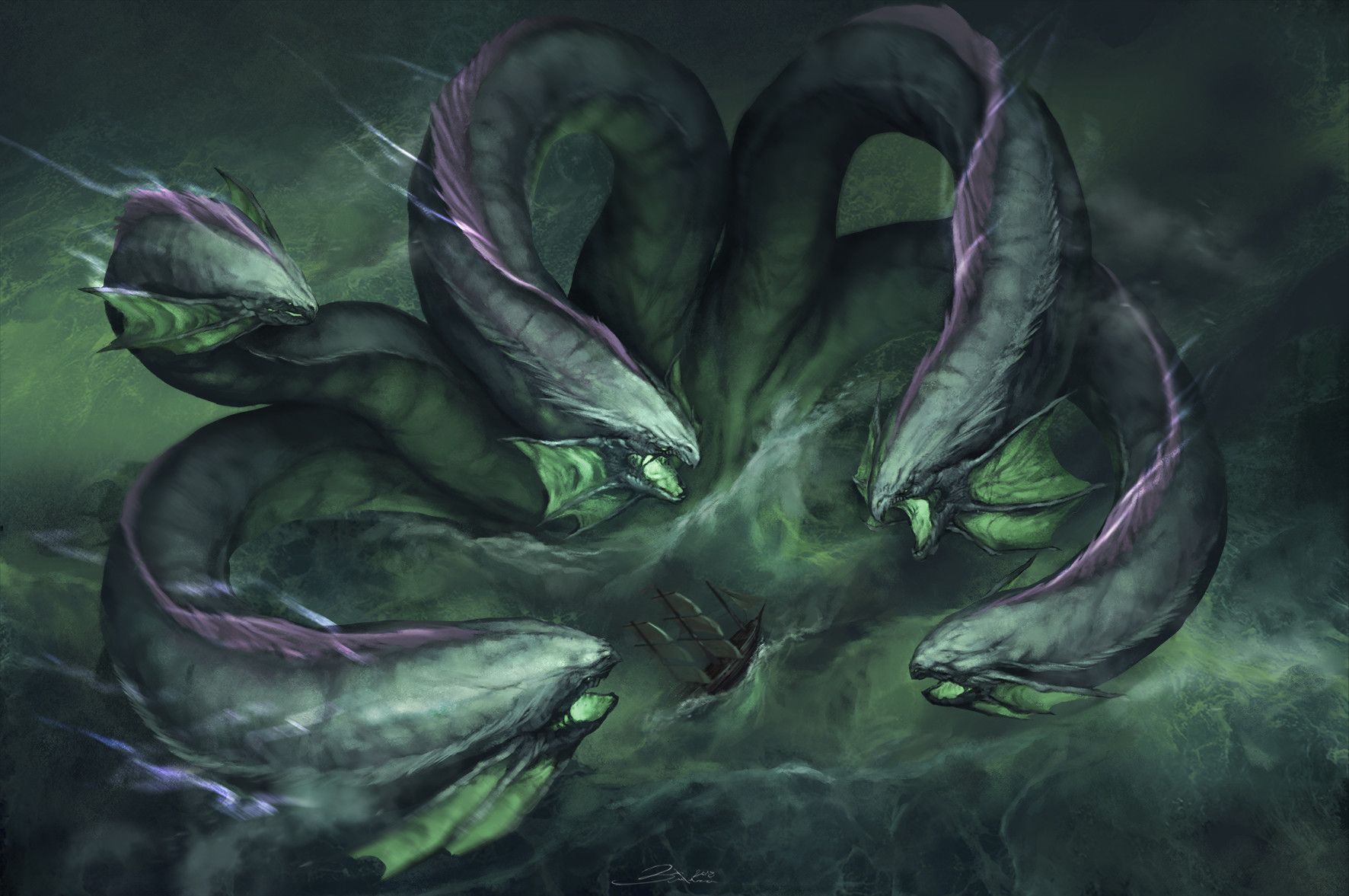 Hercales possessed incredible strength, cleverness and heart and was a formidable foe for anyone, but Hera was certain the Hydra would prove to be his downfall. Hercales with his passion for freedom and to make the world safe, heard of the Lernaean Hydra and how it was terrorising the towns folk of Lerna and decided it was necessary to rid the world of this menace.

Hercales would travel to Lerna with his nephew Iolaus to help him kill the Hydra. Drawing the Hydra out from the cave using flaming arrows, Hercales engaged the Hydra when it came into melee distance. With each of the head of the Hydra growing back double after Hercales sliced them off, it was Iolaus who helped Hercales to seal the necks of the Hydra using a torch to stop them from growing back. When Hercales finally overpowered the Hydra and sliced off its final head, he buried the head under a mighty rock to ensure the Hydra would forever be beaten.

The deadly poison however that the Hydra produces, was apparently of interest to Hercales, rumour has it that he took some of the poison and used it to lace the heads of his arrows for future battles. At least some good had come from the Hydra and hopefully Hercalus would be able to use the poison to save other people, the way he had helped us. All we hoped for, was that the Hydra was just the one. Hercales and the Hydra in battle.

The fearsome Hydra. Eventually, all those necks welded together into a fat tail, which trailed along the ground behind the monster. Some show the tail forking at the end into two or more small tails. The Hydra had a nasty personality to match its horrid appearance. From birth, the goddess Hera trained the monster to attack and destroy anything that fell beneath its gaze. It ravaged innocent villages around its home, Lake Lerna, devouring hundreds of victims.

Only hunger or rage could draw the beast out of its lair; otherwise, it was mindless and lazy. This monster had powers that could easily send a hero to the underworld. Even after the Hydra was slaughtered, its blood was used as a weapon that brought down many strong fighters.

Second, the Hydra was immortal and had regenerative abilities. The monster had one, immortal head, which was protected by the other, deadly heads that grew around it. The beast could only be killed by cutting off the immortal head—a near impossible text. Together, they gave the Hydra its immortality, monstrous shape, and evil disposition. Hera, wife of Zeus, adopted the Hydra when it was a baby. She raised the creature with the intent of using it to destroy Heracles—finding a home for it, protecting it from harm, and nurturing its destructive impulses.

The monster very nearly killed the hero. He only managed to kill it with the help of his quick-witted nephew, Iolaus. As she watched the golden boy grow into a young Greek hero, she grew angrier and angrier still. When an oracle told Heracles that, to gain immortality, he must complete twelve impossible tasks, Hera saw a golden opportunity to get rid of the boy once and for all.

He crept to the cave around the Spring of Amymone, where the monster slept, and shot fiery arrows into it. After a few areas, the Hydra charged out of the cave, ready to tear its assailant to shreds. But Heracles was ready too. Though the monster shrieked in pain, the injuries were far from life-threatening.

In fact, they only made the Hydra stronger, as several new heads grew to replace each one that was lost. After a few minutes of bloody battle, Heracles realized that he could never defeat the Hydra alone. The cauterized stumps prevented knew heads from growing.

When Hera saw that Heracles and Iolaus had found a way to kill her monster, she was so angry that she sent a giant crab to distract Heracles. He crushed this under his foot. He cut this off with a golden sword, given to him by Athena, and buried it under a huge rock.

Despite the fact that he had slaughtered the horrible Hydra, some people claimed that Heracles had not completed the task because he had asked Iolaus for help. A centaur named Nessus was one of the enemies who Heracles killed with his poisonous arrows. Originally, the serpent had six heads, and none of them regenerated, but as the story grew in fame, the monster grew in horror.